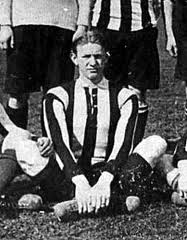 With this year’s World Cup in Brazil less than a month away the chances of England adding to their sole victory in 1966 are slim for even the most optimistic fan. On the other hand, Brazil and Argentina are considered favorites and between them they have won 7 out 19 previous tournaments, with fellow South American Uruguay taking the continent’s total to 9. How then did a game, whose origins are quintessentially British since the Football Association was established in a pub, become dominated by a continent over 5000 miles away?

The answer can be found in the massive expat British communities south of the Rio Grande that moved there during the late nineteenth and early twentieth centuries. Whilst cricket was spread primarily by soldiers, administrators and settlers of British colonies, association football was the game of the managers, engineers and teachers of new industrial communities. This is reflected in Europe as the ports, coalfields and textile factories of North West England, the Ruhr and Northern Italy remain home to some of the most successful clubs in the world. However, South America, the ‘informal empire’, saw the most fervent adoption of our national game through the pioneering businessmen of the past.

In fact the spread of football in Brazil can primarily be attributed to one man, Charles William Miller. Born in São Paulo to a Brazilian mother and British father, he returned from an English education in 1884 equipped with two footballs and a copy of the Hampshire FA rulebook. He organised the first known match in São Paulo between the railwaymen and gasmen, established its first ever football club, São Paulo Athletic, and help set up the first league in 1902. The sport spread like wildfire among the Brazilian elite due to its social cachet with the British, and big matches become important events on the society calendar. Furthermore, its simple, cheap and exciting nature meant the working classes, looking to imitate the upper echelons of society, easily adopted it and so it became the game of the masses within a decade. Brazil soon considered itself O País do Futebol or ‘the country of football’.

Similarly, Argentina has its own ‘father of football’, Alexander Watson Hutton, a teacher from Glasgow. He established and was the first president of the Argentine Association Football League in 1893, a competition which is effectively still in existence today. Alumni Athletic Club initially dominated the league, made up entirely of former pupils from Watson’s school; the team’s stated aim was to ‘play well, without passion’, and maintain the British stiff upper lip. Soon genuinely indigenous clubs began to spring up: River Plate in 1901 with Independiente, and Boca Juniors joining them in 1905. The clubs played regular exhibition matches against touring clubs from England generating massive excitement from the locals. Sam Allen, manager of the 1910 touring side Swindon Town, described how ‘everywhere one sees the hold it [football] has taken on the people, boys on the street, on the seashore, down alleys, soldiers in the barrack grounds all have the fever!’

Soon these fledgling clubs forged their own style, skills and passion, allowing for individuals with flair to shine rather than the team as a single unit. It has even been argued that this style of play is derived from Samba and Tango dance techniques, and has created some of the greatest players the world has ever seen, including Alfredo Di Stéfano, Maradona and Pele, alongside their modern day equivalents Lionel Messi, Neymar Jr. and Martin Demichelis. So while the world’s most popular sport was invented in England, it’s the 2014 World Cup in Brazil that sees football truly ‘coming home’.