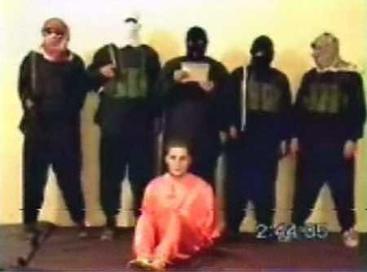 If you have been keeping up with current affairs recently it will have been hard to miss the frequent reports on the atrocities being committed in vast swathes of Syria and Iraq, by a group tagged ISIS. But who are ISIS and what are their origins? In this short piece I will try to shed more light on a group, who were relatively unheard of until the outbreak of the Syrian Civil War in early 2011, but have grown to prominence ever since.

ISIS or formally the Islamic State of Iraq and Levant, have been installing a caliphate state in an area roughly the size of Belgium running through Iraq and Syria, whereby sharia law overthrows all other systems of justice. ISIS have been able to take advantage of this by exerting barbaric acts on numerous other religious groups in Iraq and Syria, including Kurds and Shia Muslims, with these atrocities becoming a part of daily life under this new regime.

Their aim is to create and conserve an Islamic State that includes a vast landmass consisting of not only Syria and Iraq but other countries as well. Due to the fact that they hold considerable oil fields in Iraq, they have been able to finance the ongoing conflict, and have ambitions to expand their influence throughout the Middle East and into areas such as Israel, Jordan and the Gaza Strip.

Many Muslims think of the caliph or khalifia to be the leader destined to unite the Islamic world, and can be likened to the position the Pope plays in the world of Christianity. The actual origins of a caliphate originate back to the times of the Prophet Muhammad, whereby the Islamic World was governed by this legal system for centuries from the early seventh century onwards, with the death of Muhammad in 632 becoming the trigger factor for the installation of a caliphate state.

With the western world beginning to intensify their efforts against ISIS, and with the introduction of air strikes on ISIS’ key strongholds, it begs the question whether the world will be able to combat this serious threat to democracy in the Middle East and beyond, or whether the ideology of ISIS will live on and come to bite later in the future.