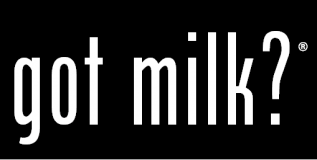 Like consumerist nursery rhymes, we can quote them in their hundreds and do so every day. Not since Shakespeare has one form of media so transformed our language, with the extraordinary rapidly becoming so ordinary. Slogans were the communication channel of choice in the twentieth century and in the Internet era we cannot avoid them. We admonish and admire them in equal measure and from the weird to the wonderful, the century of slogans has been nothing if not diverse.

The Victorians were the pioneers of advertising and, by extension, slogans. However, the catchy, clever puns of today theirs were not. The early advertisers favoured a more unembellished approach to captioning their product. “Invaluable to ladies” accompanied the very literal Pill of the Period. For the man in your life there was always the ever original “cream of Irish whiskies” – Kinahan’s L.L. if you’re asking. Or how about a Flor De Dindicul cigar? “A phenomenal success”, according to its manufacturer. Of course, there were still pioneers in this field at the time. Bird’s Custard Powder claimed the affirmative “No eggs! No risk! No trouble!” In a similar vein, Lockyer’s Sulphur Hair Restorer noted that they were “The best. The safest. The cheapest.” The liberal use of punctuation has been the ad man’s tool since the ad man came into being.

One of the more striking legacies of the slogan has been their gradual absorption into our everyday language.  Did you know that Wheaties have been the “breakfast of champions” since 1935? Or that De Beers’ diamonds have been “forever” since 1946, long before Shirley Bassey echoed their sentiment? This isn’t just a habit restricted to the distant past either. The terrifyingly ubiquitous use of “simples” in many of our daily lives, prompted only by a persistent meerkat, should serve as a warning for us all about the powers of the ad agencies.

As the twentieth century progressed, and broadcast media increasingly dominated our lives, slogans became interwoven with their equally catchy counterparts, the jingle. While many people think the music itself is what makes these so memorable, it’s often the words, both seen and heard in the course of a campaign, that do so. “Beanz Meanz Heinz” would not have had quite the effect it has had for over four decades without those dreaded Zs. Of course, the music does bring some of these slogans to life. While they may not be the sexiest of words on a page, few of us who grew up in the 90s will be able to read “washing machines live longer with Calgon” without singing the song simultaneously. “Wassup” would almost certainly have never passed into colloquial dialogue had Budweiser not picked up an indie director noted for his parodies of teenage life to create their slick commercials a decade and a half ago.

In spite of these raging successes, we can all think of examples when the ad men have got it painfully wrong. Over the last two years the county of Suffolk actively tried to become “the curious county”. Whether that is meant to appeal or not is a beguiling question. In the 1980s, at a moment of peak customer dissatisfaction, British rail adopted the slogan “we’re getting there”. It’s not hard to spot where the opportunities for ridicule existed with that particular nugget.

Many slogans have stood the test of time. John Lewis has been “never knowingly undersold” since 1925. Yet one of the perils of slogans has always been the speed with which they can age. It’s hard to see L&M Cigarettes being “just what the doctor ordered” in 2014. While Mars brought back “work, rest and play” a few years ago, they notably dropped the “a mars a day” precursor, subject to dietary requirements. Microsoft’s half-hearted attempt to “be what’s next” in 2010 was quietly shelved last year, undoubtedly not in small part due to the observational irony recorded in the aftermath of its launch.

Brands, adverts and slogans have become the currency of our society. Some are farcical, some irritating and some simply boggle the mind. While you may never hear more painful puns (though father of the bride speeches give stiff competition) the ad men certainly know how to get our attention. What can be said with confidence is that they keep us all amused…and buying.

Related articles across the web

Many of us know of the Montgomery Bus Boycotts in America, but have you heard of the bus boycott in Bristol?

Do you think this should be taught in schools? #TBH365