The Mexican Revolution was a hugely significant moment in modern Mexican history. By 1911, the 34-year dictatorial rule from the Porfirian regime had come to an end, eventually overthrown at the Battle of Ciudad Juárez by a group of revolutionaries, thrusting the country into a decade of social unrest, uprising and uncertainty. Despite this defining moment in Mexican history, it is often hard to reduce the revolution to a singular driver. Political leaders like Francisco Madero represent bourgeois sentiment, yet populist figures like Francisco ‘Pancho’ Villa and Emiliano Zapata played a significant role in mobilising the agrarian classes. What can we learn from the photography of the revolution?

Despite its eventual downfall, the Porfirian regime can be split into two contrasting eras: the years of economic modernization and infrastructure development, between 1876 and 1905; and the years of social unrest, between 1905 and 1910, leading up to the revolution. The first era can be considered a relative success for the Porfiriato. Porfirio Díaz moved Mexico away from the centrifugal tendencies of the Maximillian Dynasty towards an economically and politically centralized state. With that came a development of infrastructure, extending the Mexican railways from 400 miles to over 19,000 (picture 1), as well as an economic integration into the USA’s market. 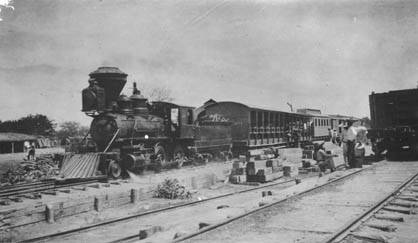 Díaz’s biggest success, however, was arguably his biggest downfall. With modernization came political understanding, and with political understanding came democratic values and Porfirian opposition. Francisco I. Madero, leader of the Anti-Reelectionist Party, was one to emerge from this. Madero challenged Diaz for the presidency in 1910 before his false imprisonment to give Díaz a unanimous victory. In response, Madero called for an insurrection against Díaz resulting in the defeat of the Porfirian regime and the establishment of Madero as President of Mexico. But who was Francisco Madero? 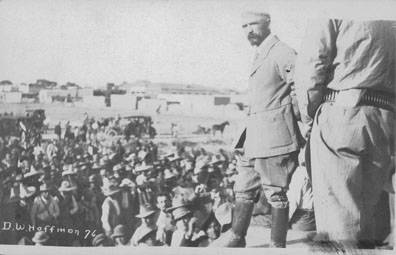 Pictured (picture 2) delivering a speech in Ciudad Juárez following the defeat of the Porfirian regime, the photograph offers a valuable insight into Madero’s political support. Madero initially had support from across the political spectrum. Madero had the support from the bourgeoisie due to his hacienda background; the middle-classes viewed his democratic values as an intention to strengthen the Mexican political process; and the lower-classes viewed his call to return lands to villages and Indian communities, and his criticism of the wage inequality in the Cananean mines, as a chance to make the economic system fairer. At face value, the photograph promotes this narrative. Madero was initially viewed as a populist figure; one that could unite Mexico following an era of social disunity, and him delivering a speech to a crowd from all spectrums of revolutionary sentiment epitomises that.

Despite Madero’s initial populist support, it is hard to reduce his political actions once in power to one of populism. His intention of uniting the nation ultimately failed because his idea of reform was largely bourgeois. Madero’s immediate creation of a new political party, the Constitutionalist Progressive Party, alienated many of his supporters, and his attempt to demobilize revolutionary forces resulted in his term starting with opposition. Madero was initially so successful due to populist figures Pancho Villa and Emiliano Zapata’s ability to mobilise the agrarian classes, yet his failure to implement any lower-class demands, like the prevalent call for land reform, inevitably caused conflict.

How significant were Pancho Villa and Emiliano Zapata, the figureheads of the agrarian-class and the arguably true populist leaders, in shaping the Revolution? Pictured (picture 3) in Madero’s camp, Villa gave his support to Madero in 1911 to help overthrow the Porfirian regime. The picture can tell us a lot. As previously covered, it shows that Madero initially had populist support. But it also goes a lot further. 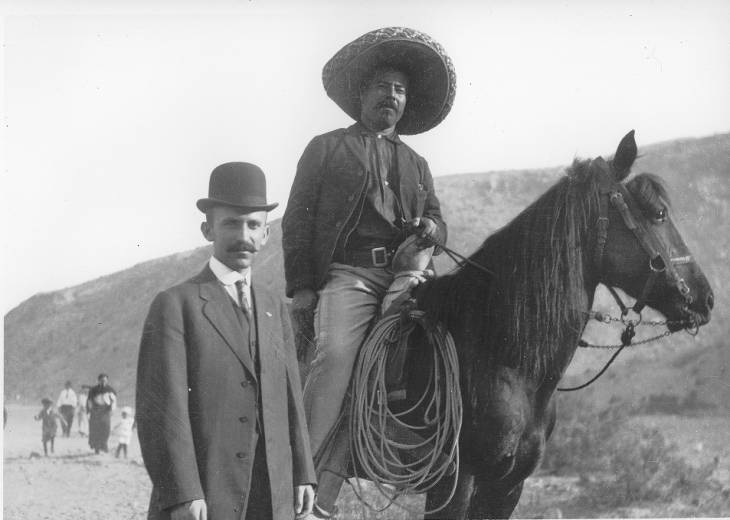 Despite Villa and Zapata’s agrarian roots, they both held significant influence in the north, Villa’s territory, and the south, Zapata’s territory, in shaping political sentiment. Villa was recruited by Madero because of the growing influence of the Mexican Liberal Party, who anointed themselves with nationalist support, and the view that Madero did not match the views of revolutionary industrialists. Though Villa gave Madero many key victories in the months preceding Madero’s rise to power, it was always clear that Madero’s failure to implement agrarian demands would witness a withdrawal of support from Villa and Zapata. Madero’s reign in power lasted only two-years before being ousted by Victoriano Huerta, yet Villa and Zapata remained influential figures throughout the revolutionary decade.

Is it fair to reduce the Mexican Revolution to one of populism through the consideration of Villa and Zapata’s considerable influence? Madero’s support garnered much of its success from the agraristas, and his swift downfall once Villa and Zapata lead rebellions against the President further suggests populism underpinned the Revolution. But what was popular sentiment during the Revolutionary years? Land reform dominated much of the opposition to the Díaz dictatorship, and the wage inequality in the gold mines of the North of Mexico perpetuated concerns of a growing gap between the rich and the poor. But neither were reformed until after the Revolution. Fears over the future of democracy and the influence of foreign investment played a bigger role in mobilising the classes with the most power to enact change – the classes once associated with support for the Porfiriato and conservatism.