The fear of antibiotic resistance is at the forefront of world headlines in 2015. But, to understand this fear, we need to delve into the history of antibiotics. The discovery of penicillin is arguably one of the most significant scientific discoveries in history. Penicillin turned out to be a powerful antibiotic that has saved, and will continue to save, many lives.   It was Alexander Fleming who came across the substance on the 3rd of September 1928. However, the discovery was not intentional. Fleming was scouring through a selection of samples that he had previously coated with staphylococcus bacteria. One plate had mould that seemed to be free of staphylococcus bacteria. This mould was named penicillium notatum and it possessed the ability to kill off bacteria. 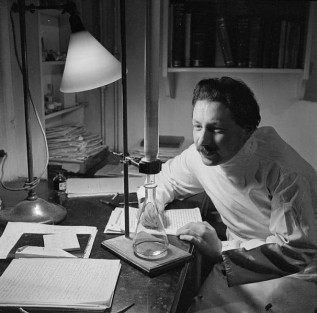 Although Fleming’s work was an amazing step forward in medicine, it would not have achieved the life-saving status it has now without the work of two other scientists – Howard Florey and Ernst Chain. They are credited with the extraction of penicillin from penicillium notatum. Their work at Oxford University was what enabled the drug to become mass-produced.   Initially, the drug was tested on animals that showed no negative side effects of its use. The first human test was in 1941. Doctor Charles Fletcher was working at a hospital in Oxford when he heard news of Florey and Chain’s work. In his company, he had a patient on their death bed due to bacteria entering a wound. Penicillin was administered. The patient showed a remarkable recovery once the drug had entered their system. However, due to a limited amount of penicillin, the patient died shortly after.   Nonetheless, this test was a success. The only reason the patient did not survive was because the dose of the drug was too low. Following this, an American drugs company agreed to mass produce the drug. By June 6th 1944, there was a large enough quantity available to treat all the bacterial infections that were rife among troops during the Second World War.   Penicillin was very rightly nicknamed ‘the wonder drug’. Without it, the death tolls of bacteria-induced issues would have, and would still be, much higher. In 1945 Alexander Fleming, Howard Florey and Ernst Chain were awarded the Nobel Prize for Medicine, an award that they were all very deserving of. Post-1945, their work acted as a catalyst for a time that became known as the ‘era of antibiotics’.